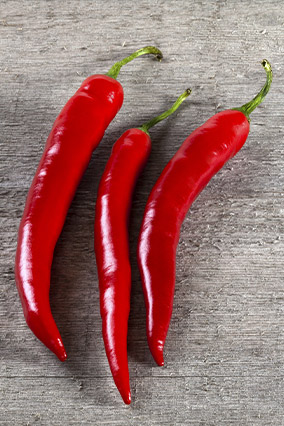 Surprise! They can help slim you down, clear your mind and—a whole lot more.

How they do it: People consume about 75 fewer calories after eating red chili peppers compared to after eating bland food.

Researchers at Purdue University also found that chemicals in peppers called capsaicinoids (the origin of the burning sensation) reduce cravings for fatty, salty and sweet foods. (The catch: This was true only for people unaccustomed to the heat with the exception of diehard chilli heads)

If that’s not enough, consider the mounting evidence that when the capsaicinoids reach the gut, they signal receptors to increase the number and activity of the body’s “brown fat” cells, which increase core temperature and burn calories faster than usual.

How much to use: At least 1/2 teaspoon of hot peppers per serving.

They May Clear Your Mind (Literally) 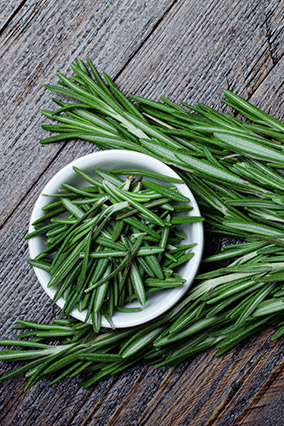 How they do it: Although the research is still in its earliest stages, there’s promise that these spices could delay the onset—or reduce symptoms—of Alzheimer’s disease. In one study, high-dose rosemary and spearmint extracts improved memory in mice suffering from age-related decline.

(The antioxidants they contain may reduce stress in brain regions that controls memory and learning) In in vitro lab studies, naturally occurring chemicals in cinnamon (also known as cinnamaldehyde and epicatechin) prevented neural “tangles” similar to those in the brains of Alzheimer’s patients.

How much to use: Undetermined. Since the research is in its earliest experimental stages, researchers recommend using only amounts commonly used in cooking.
What to try: Couscous with Raisins, Cinnamon and Pine Nuts.